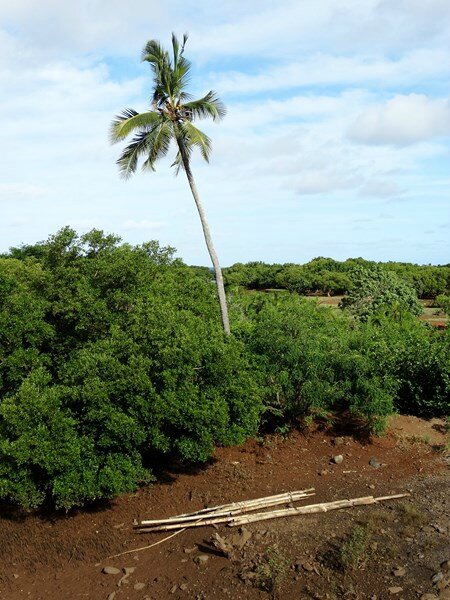 These are some typical roadside scenes in Mayotte. The above photos were taken in the village of Tsoundzou. There's a bridge over a pretty river, where various outrigger canoes were parked. 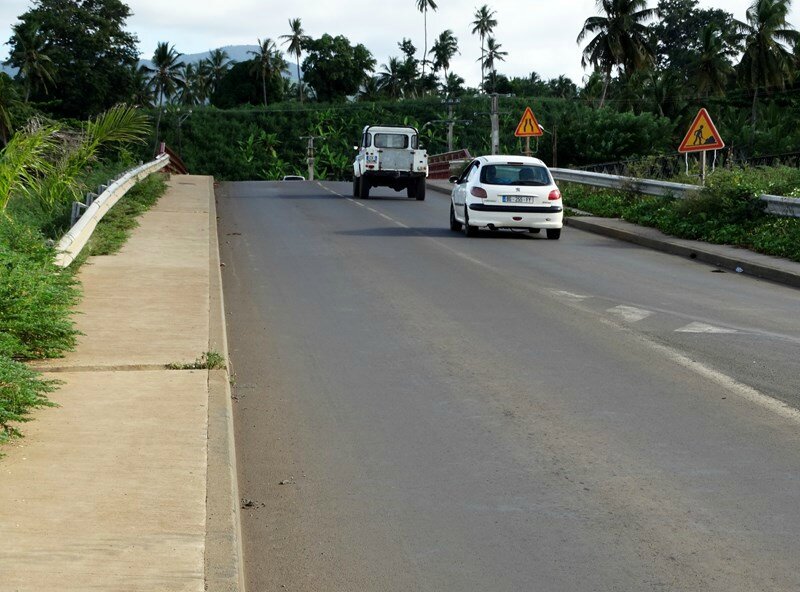 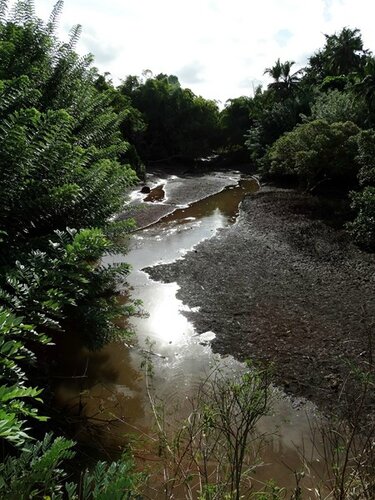 The bridge is actually fairly new. It was started about ten years ago, but the soil kept on being swept away by the river and the rainy season, so it only advanced in small bits. It was finally finished a year or two ago. The old one used to be the main thoroughfare in Tsoundzou, as well as the cause of daily huge traffic jams both towards and away from Mamoudzou, as cars could only pass in one direction. Pedestrians, meanwhile, crossed the river on the thin side-bridge pictured just above. Now, traffic can move in both ways at once. The main effect of this has been to shunt the daily traffic jam up a little bit towards the village of Passamaïnty. 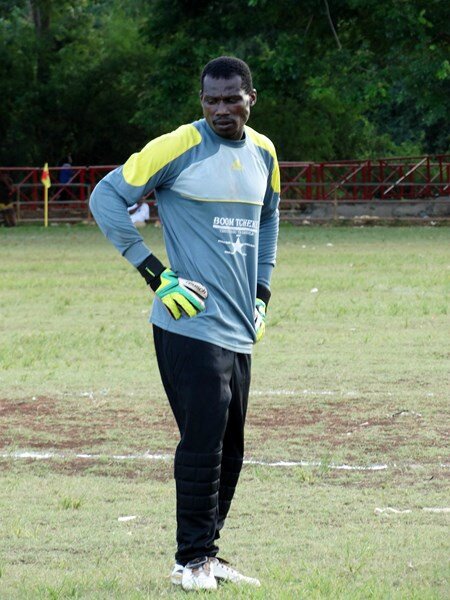 As it was Saturday afternoon, football matches were in full flow all around the island. 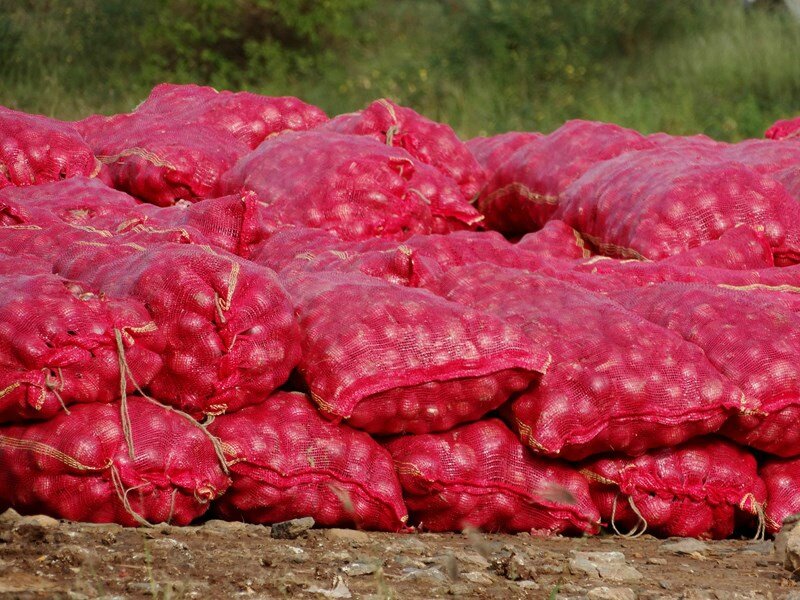 Up the road a bit, in the village of M'tsapéré, a container of onions had just arrived. The onions will be dispatched among the local sellers, either remaining in the huge bags or sold loose in the supermarkets. 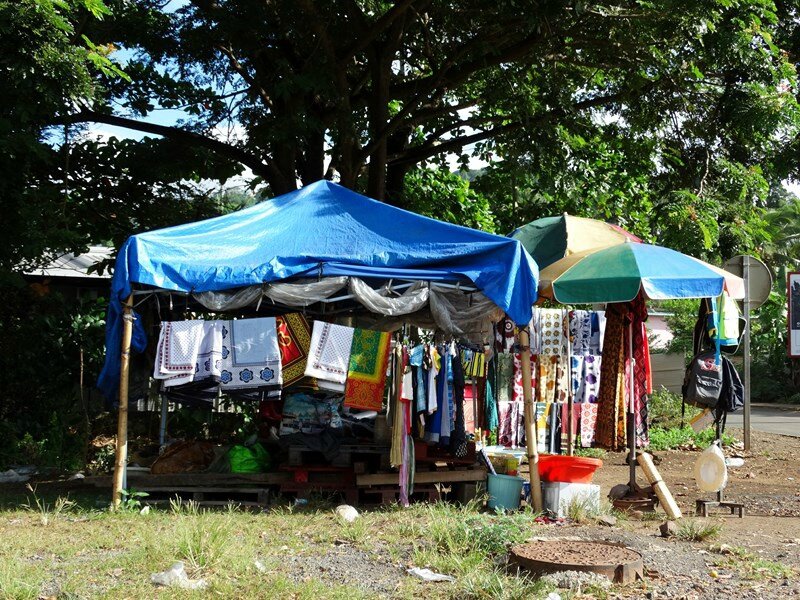 I also stopped at the market in Dembéni to pick up some fruit. The seller girls were much more friendly than the tired-out ladies in Mamoudzou. They took the time to talk while selling onions, pineapples, passion fruit, guava and soursop, and I was introduced to Echat, Nouriati and Baraka. This is the first time I've been allowed to take photos of the market sellers: they don't usually like that at all. I now have to print the photos and go back to take them to the girls.

I like the produce markets in Mayotte, as the ladies won't let you buy just one thing. I tend to stop at the markets whenever I see pineapples, and as soon as I've stopped and come nearer, they'll all start shouting to me to buy whatever it is they're selling. "Madame, the potatoes!" "Madame, the onions!" "Madame, the avocadoes!". Makes things interesting, as you develop several ways of saying no, thank you, that's fine, I've already got some of those at home.