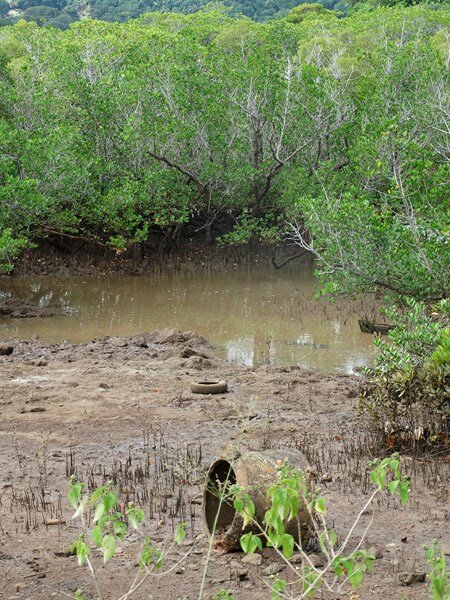 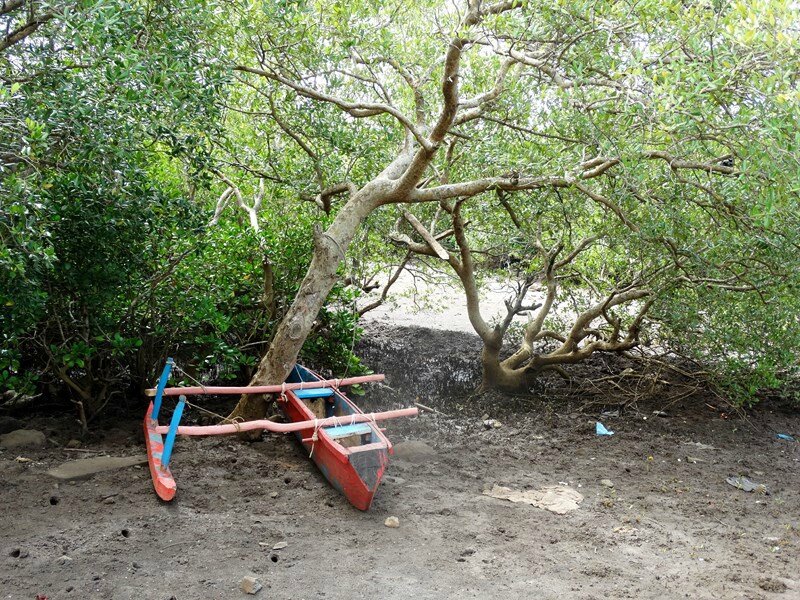 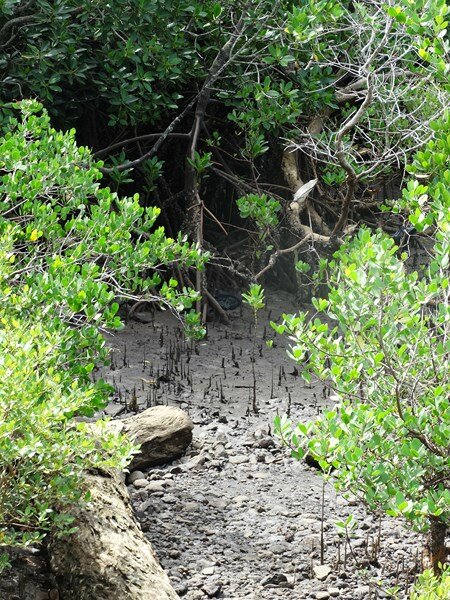 I've been fascinated by the mangrove since I arrived in Mayotte. The mangrove goes pretty much all round the island. From most points on the coast, you can either see it or smell it, or both. Mangrove trees are salt tolerant, and they have an very simple way of coping with the salt they're immersed in all day: they're mostly impermeable to the stuff, so it doesn't get much farther than the tree root. They also limit the amount of water lost from their leaves by turning away from the sun rather than towards it, thus retaining as much moisture as possible.

The best thing about the mangrove trees is the pneumatophores, or aerial roots. They're the bits that allow the trees to absorb the gases and nutrients they need. There are seven species of mangrove tree in Mayotte, known as palétuviers, and they all have their own type of root, but all these roots are shaped like tubes, the main idea being to allow the trees to breathe.

In Mayotte, the mangrove limits coastal erosion (stopping sediment going into the lagoon one way, and stopping the waves doing too much damage the other way) and harbours lots of little fish and crustaceans which come to live and reproduce in a protected and relatively calm area, so it's a wonderful (if rather smelly) resource for people who live nearby. However, said people are also the main threat for the Mahorese mangrove. As the Mahorese water filtration and general cleaning system isn't that great, the mangrove serves as an unwilling filter for the used water which comes straight down the rivers from people's houses. Scientists have been testing the mangrove's filtration power, and it turned out that the dirty water is infiltrating the soil by going down the holes and tunnels made by crabs. Mangrove crab, known as "violinist crab" because of its one large claw. Delicious, even if they do tend to cross the road unexpectedly.

While they were at it, they also studied mangroves in the other French overseas departments. They found out that the Guyanese one didn't seem affected by human influence but was moving a couple of kilometres either way every year because of the coastal movement, and they're currently working on what makes the New Caledonian mangrove so good at capturing carbon.

2015 has been called "the year of the mangrove" here in Mayotte, so as to increase awareness of the crucial role the mangrove trees play in the Mahorese ecosystem. Here's the newspaper article: http://lejournaldemayotte.com/une/2015-annee-de-la-mangrove/. 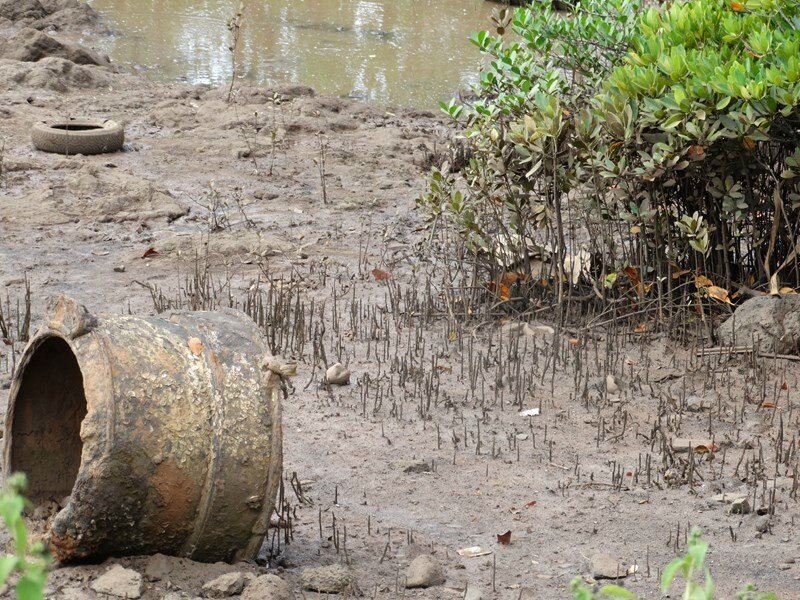